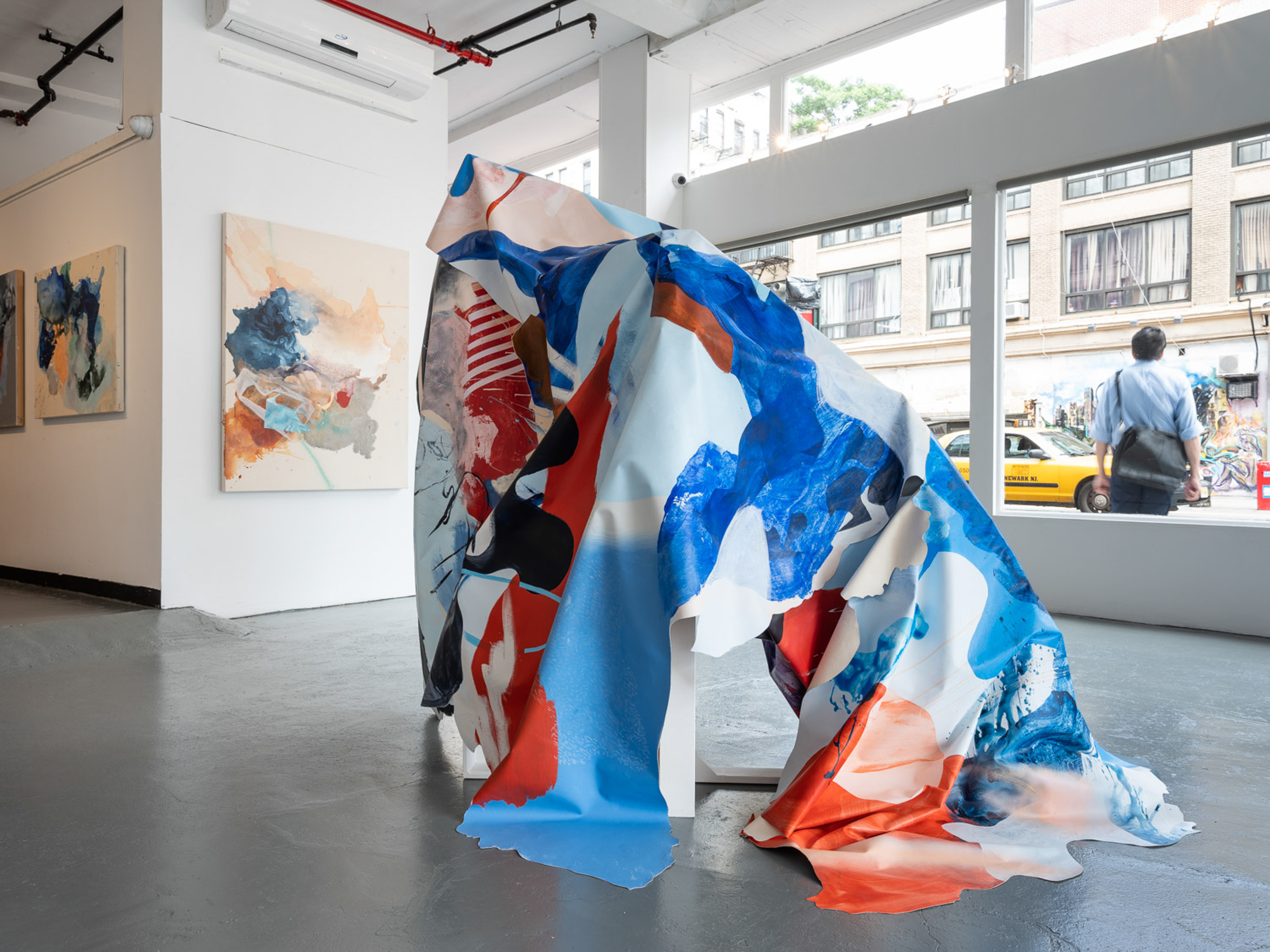 My first international solo show and my first New York exhibition. It really happened! What can I say about it? It is overwhelming to know where to start.  I had a lot of lofty ideas for this show. Since January, I worked hard to make them come to fruition.  Usually I would need about a year to plan and make work for a solo show but I had to make do with four months. It was a new experience for me to collaborate so closely with another organization like Artsy. In the end, I appreciated having regular feedback and discussion throughout the entire process. 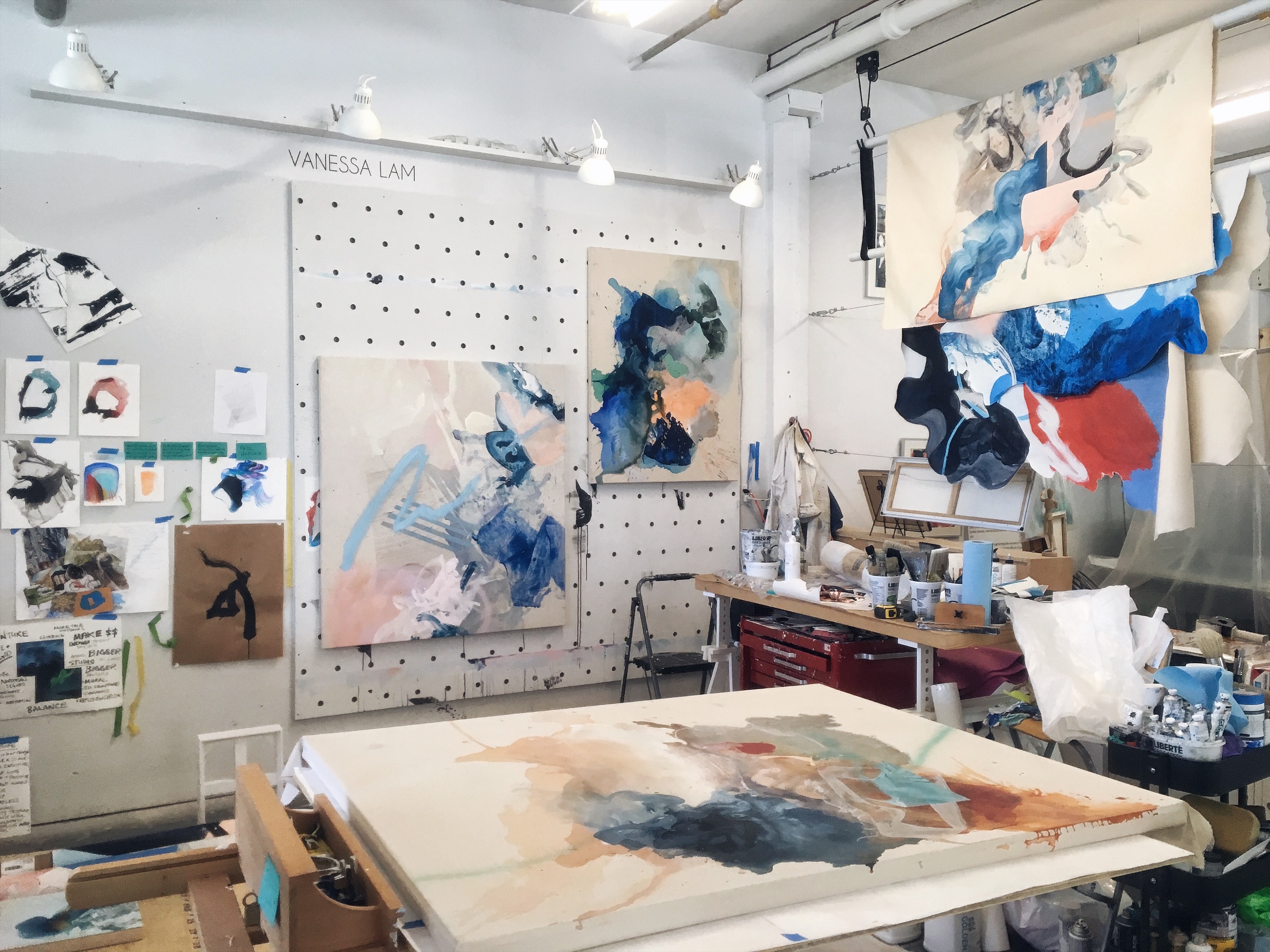 Final preparations in the studio

Putting together this latest show posed many challenges for me.  Although I was utterly exhausted by the time I finished all the work, I managed to create one of the biggest paintings to date as well as my first freestanding “painting sculpture” all in a short amount of time.  I was fortunate to collaborate with the GNW Scene Shop, who make large scale props for theatre productions in my building. So I worked with them to build the collapsible wood frame support for my sculpture. It was a steep learning curve around shipping logistics in addition to completion of all the works, stretching, varnishing and packing for an international show. The shipping date was moved up unexpectedly so I barley finished in time which I would not have been able to do without the help of my husband.

I think that all this preparation over the months made me very nervous about seeing the response to the new work and so it also made me reluctant to share my progress on social media.  In total, there were 26 pieces of work in the show that was a mix of work from the past two years including paper works that were displayed in a portfolio. 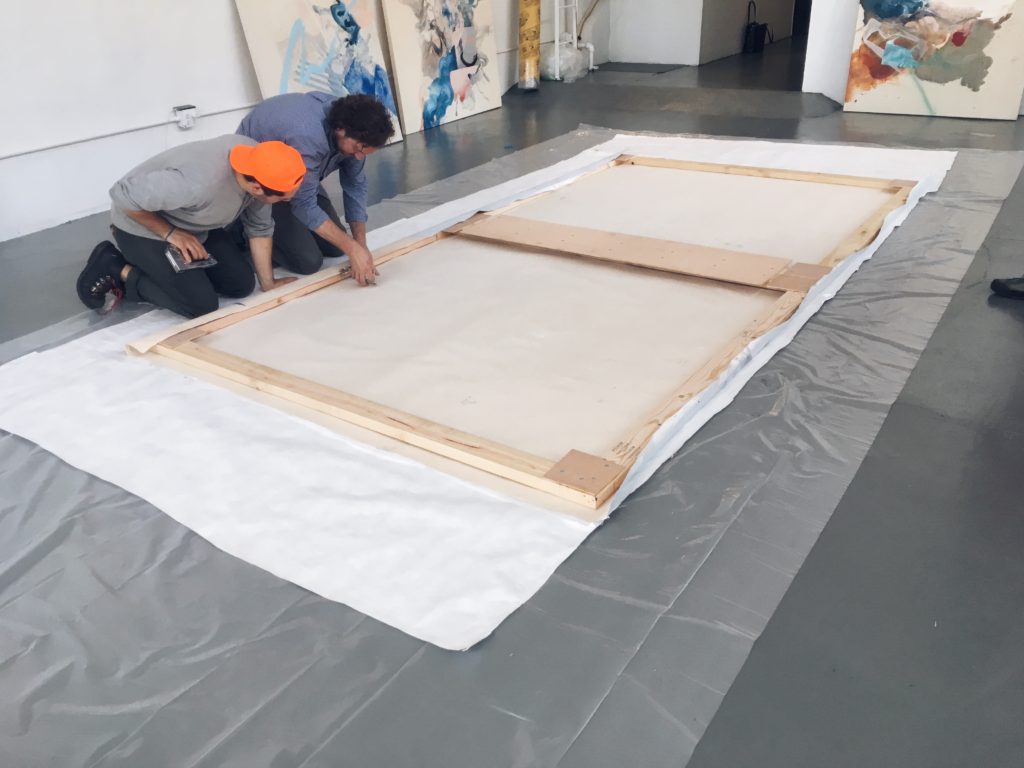 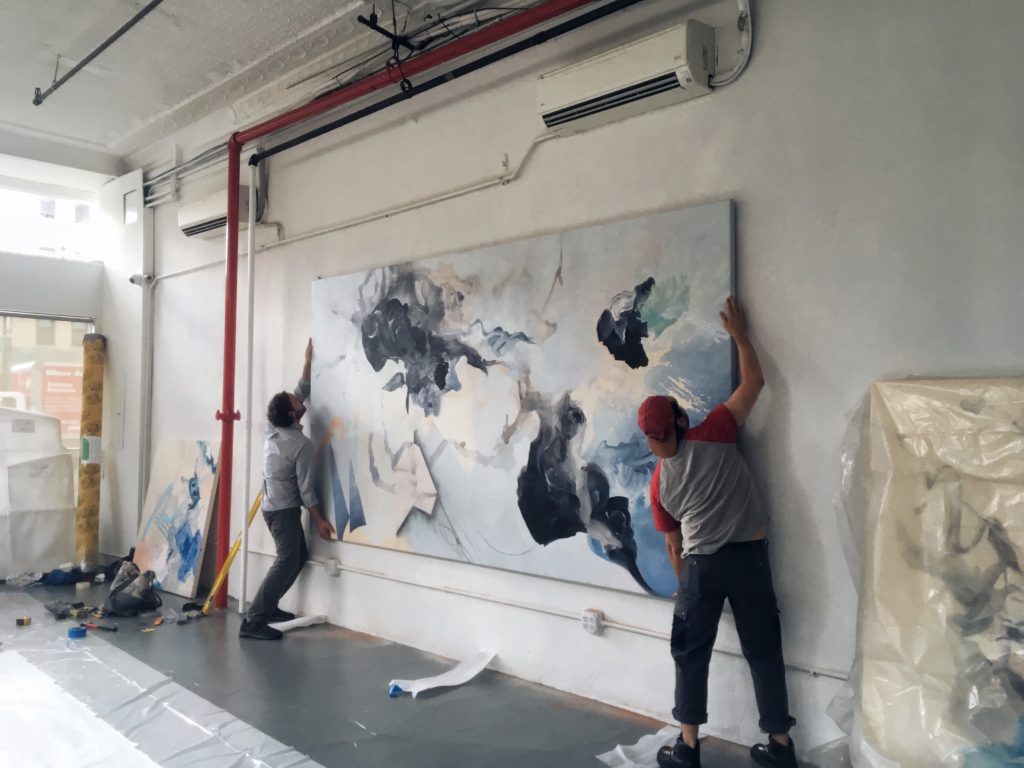 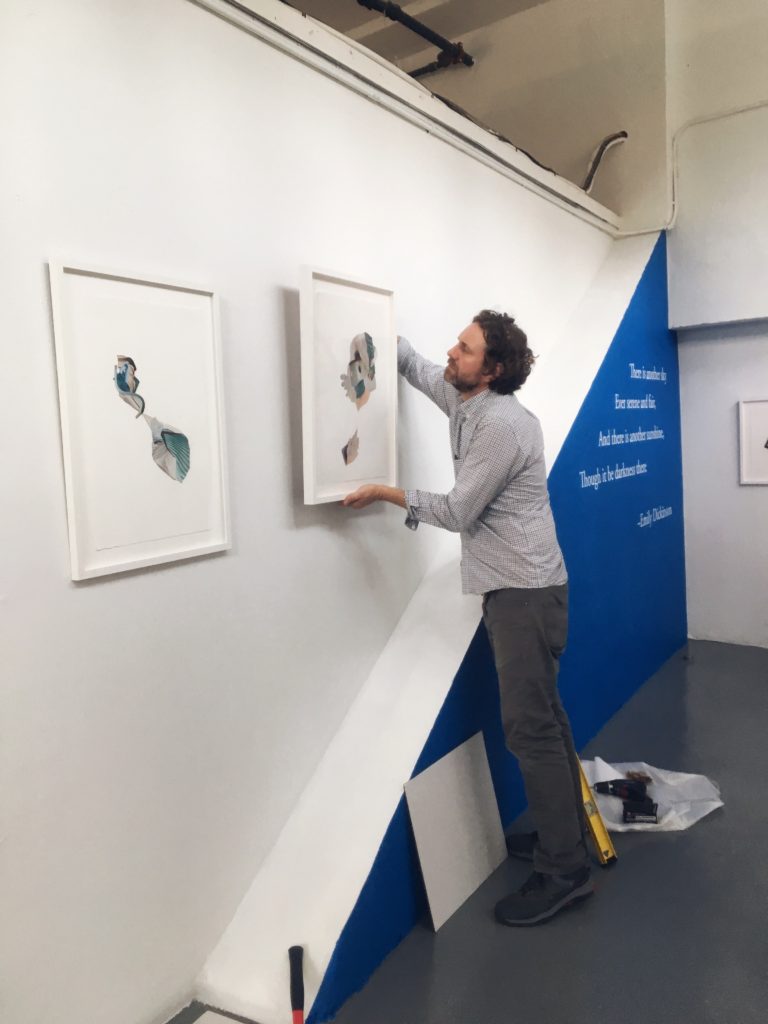 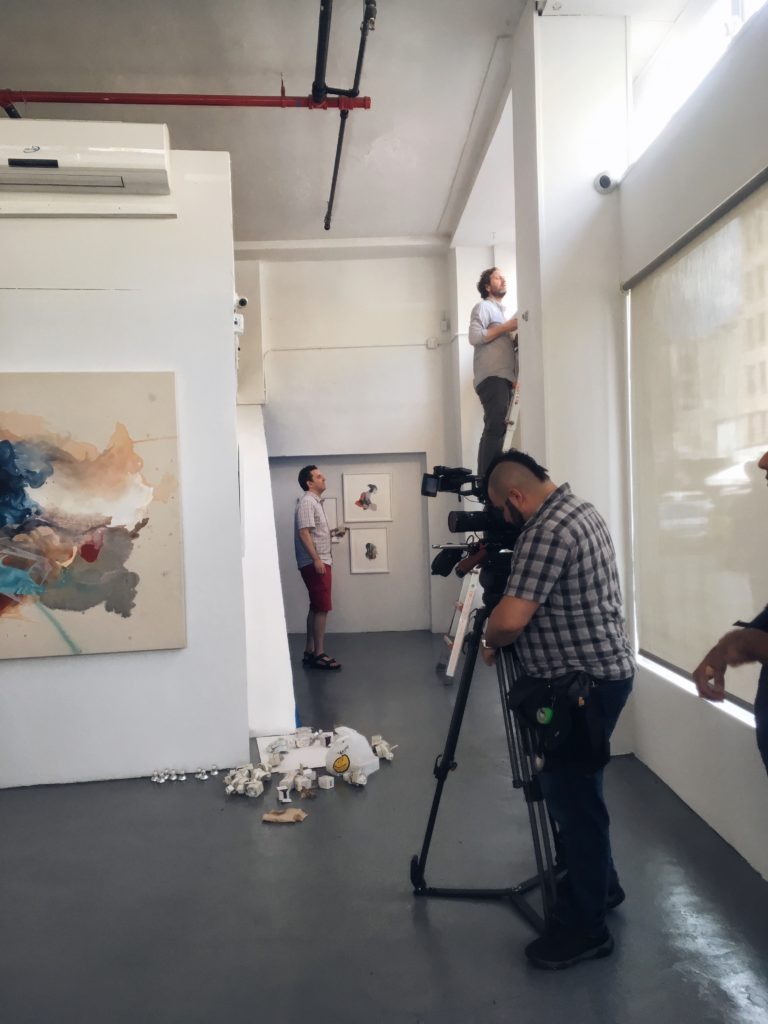 The art handlers were fantastic in stretching my behemoth painting and installing the work. Despite the install day being nine hours long, it was a treat to work with such knowledgeable and experienced installers like Bryan and Casey. It was hard to know how the art would be like in the space having only seeing photos.  Overall, the show and the opening turned out amazing! I had lots of great conversations with wonderful people. The responses were all so positive. The first photo below on the left is of me at the opening feeling relieved and very happy that everything fell into place. It was really special to see all the work up together. I felt a little heartbroken when I finally had to leave New York, knowing that the show would be coming down in a few days.

You can see more photos of my installed show here. A few my works are also now part of the permanent collection online at Artsy here. 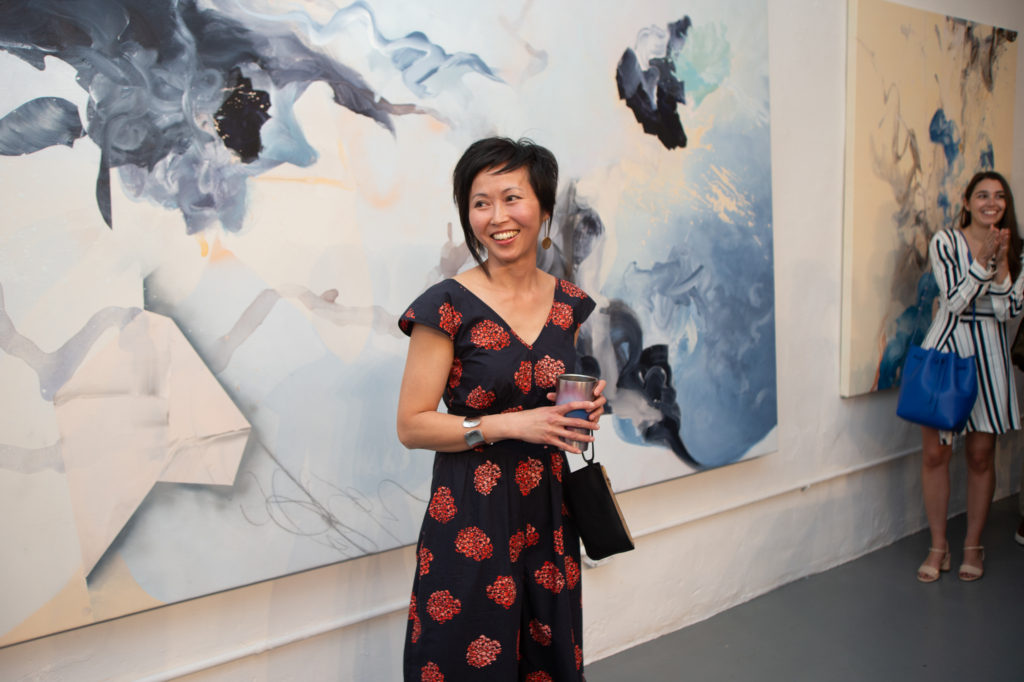 Opening night of my show; photo by John Walder 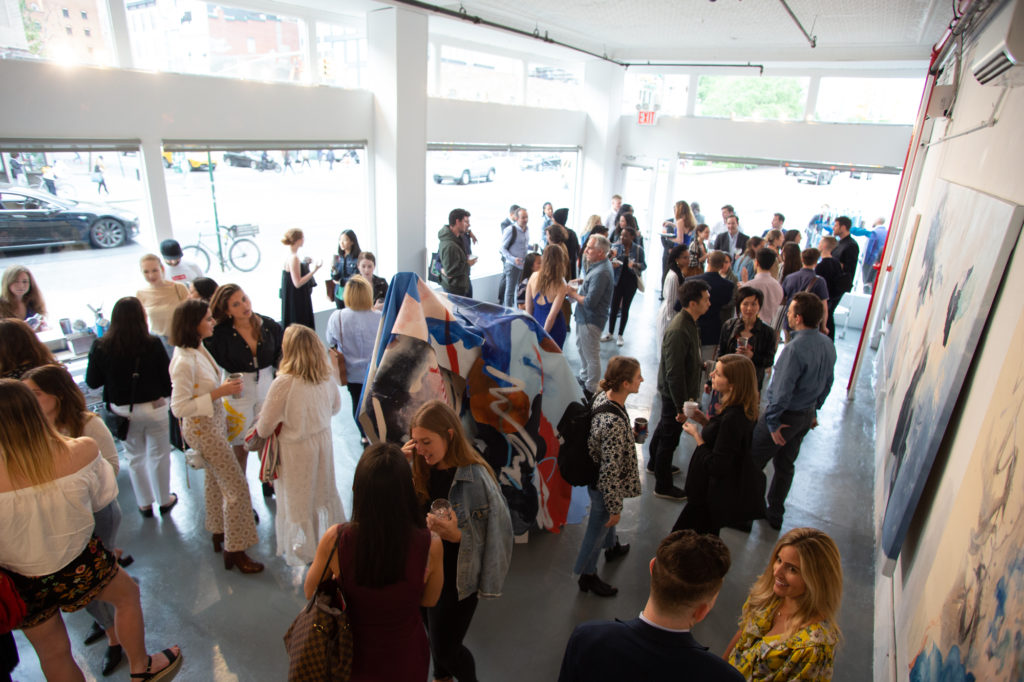 Opening of There is Another Sky; Photo by John Walder 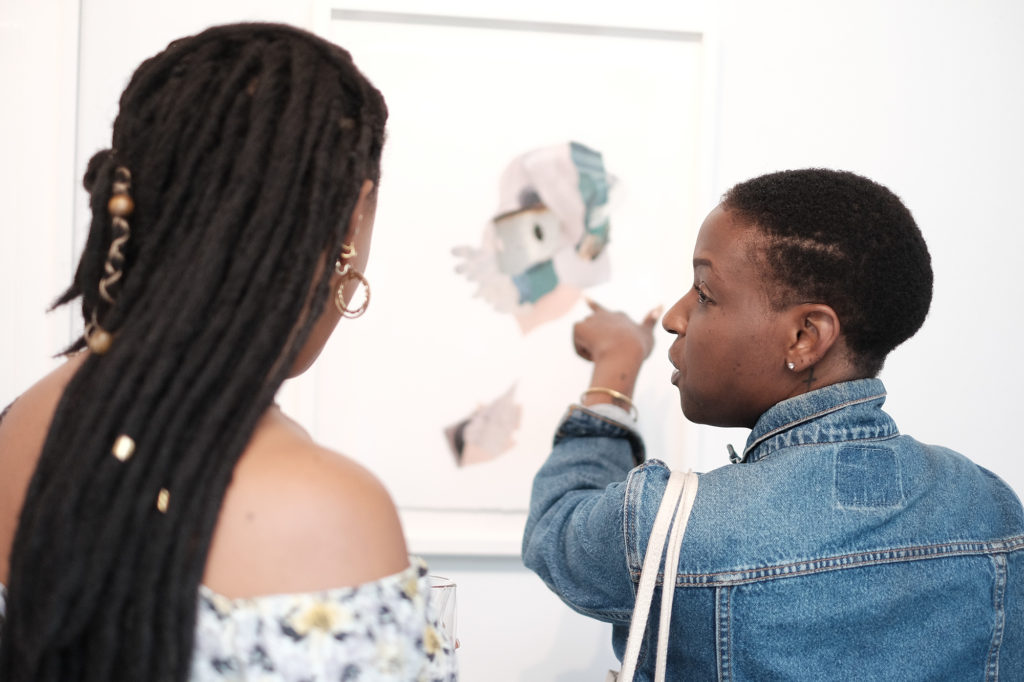 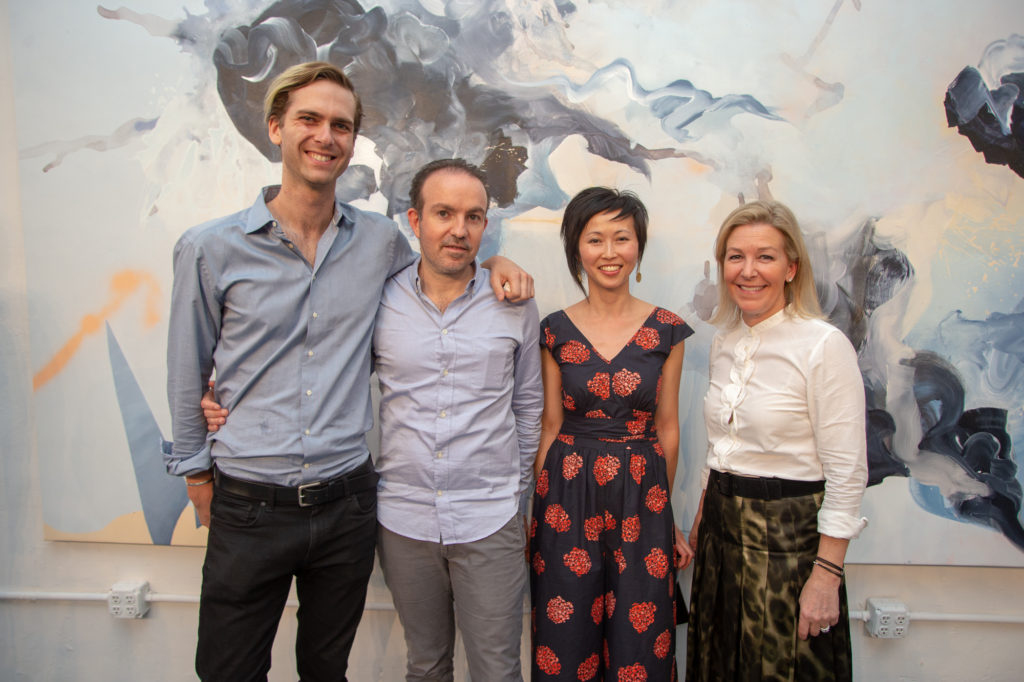 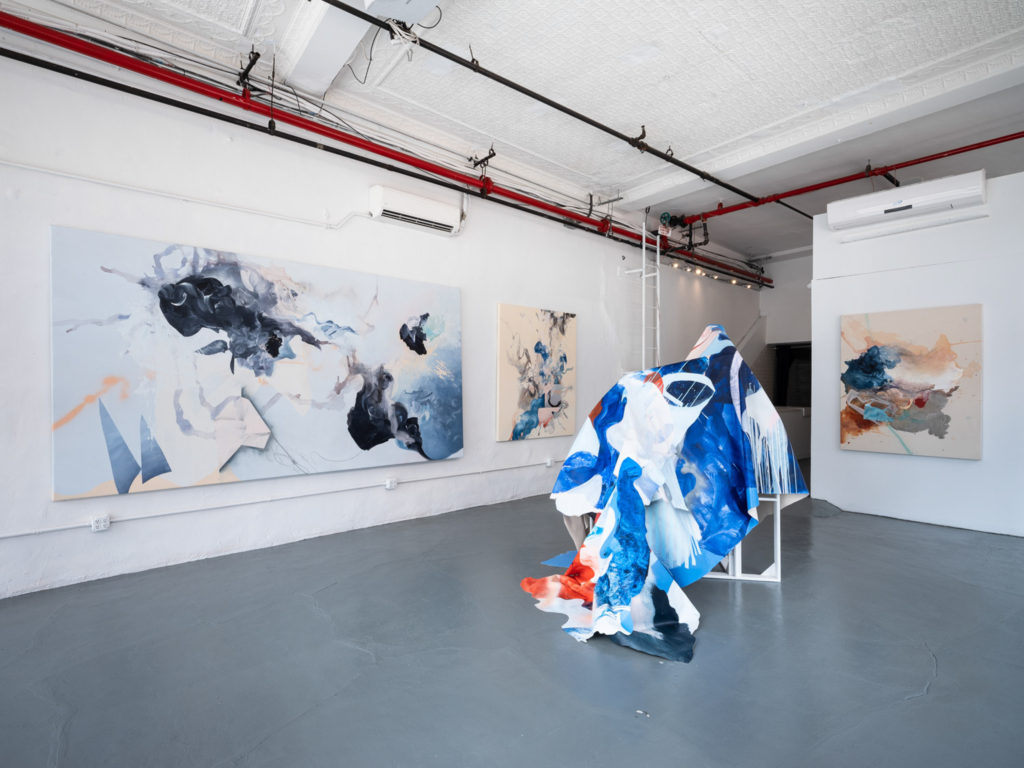 Installed show: There is Another Sky; photo by Kris Graves

I learned a tremendous amount about coordinating an international show of this scale. Little did I know that winning the Bombay Sapphire Artisan Series would give me the opportunity to create work that I probably might not have had the courage to do so otherwise.  Working with the team at Artsy has been incredible. I am so thankful for their support and enthusiasm around my work as there were times that I was so frustrated with my progress. You can read more about my collaboration with Artsy and Bombay Sapphire in my interview with Art Versed. I still managed to squeeze in some museum and gallery visits around the installing the show. By the end of the trip, I felt re-energized to try some new ideas in the studio and that will build on what I’ve made for this show.

It’s strange to think that I wasn’t even going to apply to the competition at first. But after coming across the call for entry again weeks later, I thought it wouldn’t hurt to apply.  I applied to several other submission calls at the same time and this one happened to come through to qualify me for the Vancouver region. Going to the finals in Miami was already a win getting that far. So I now make an effort to try things that might feel a little out of reach because you never know…. 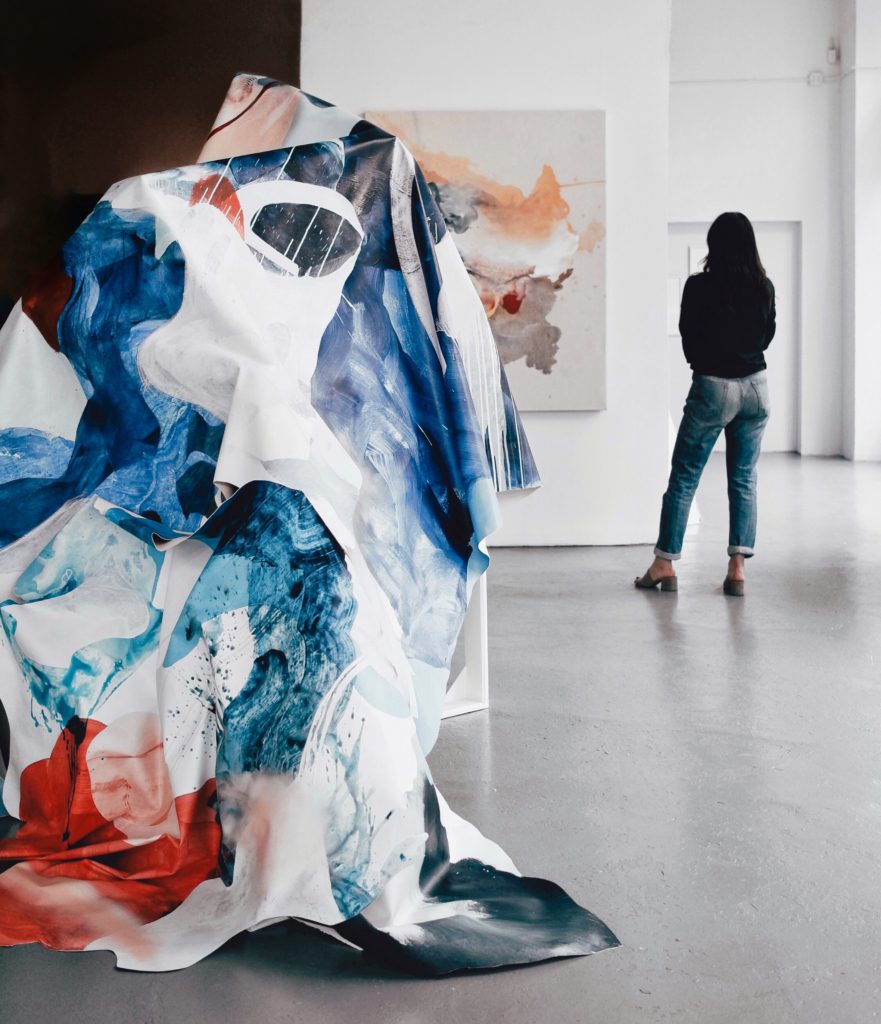