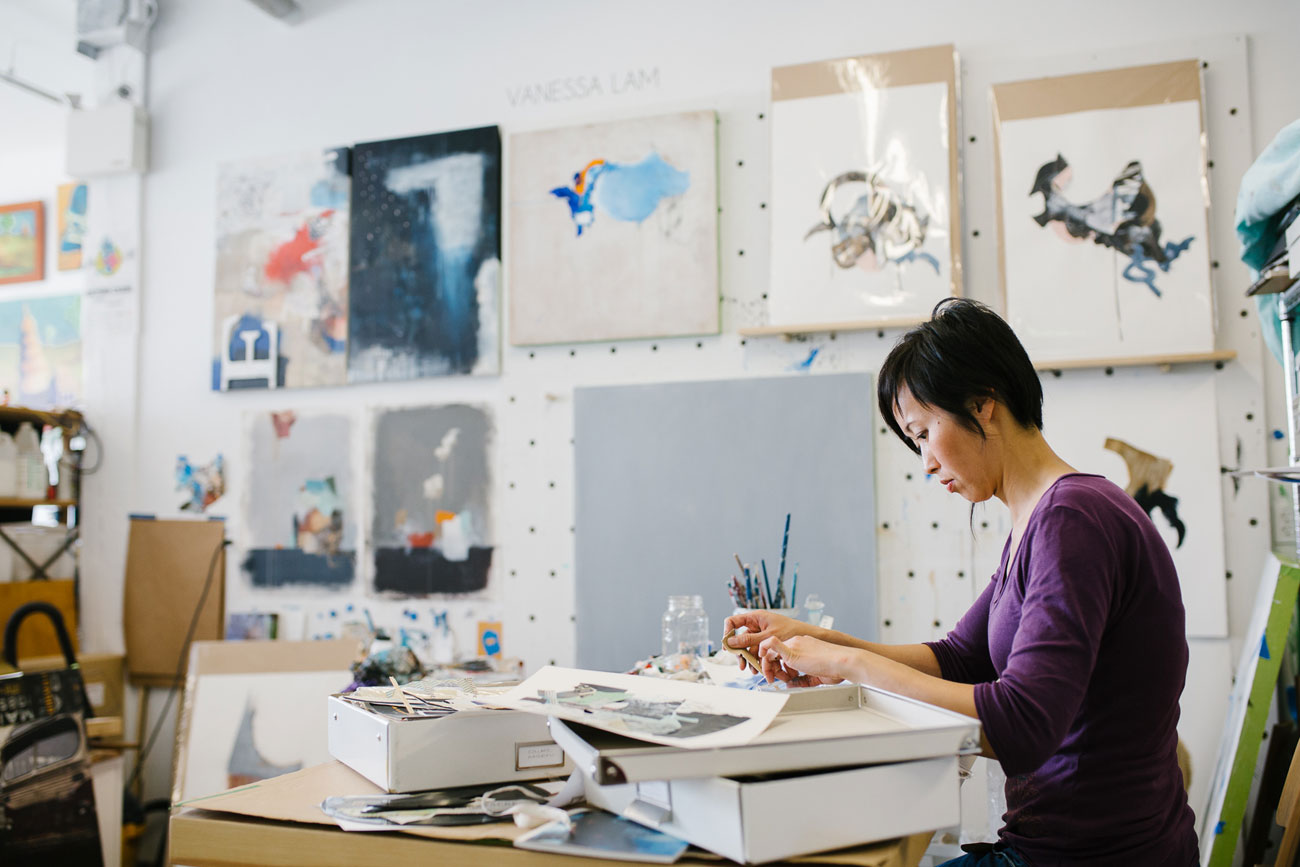 Vanessa Lam investigates the dynamics of form, space and the unconscious through collage and mixed media painting in her latest body of work. She refers to Abstract Expressionism in her work through gesture and automatic painting. Her action-oriented process involves a balance between chance and control. Although her mark making may appear random, Vanessa loosely directs paint through the immediacy of her brushwork and use of non-traditional painting tools. This spontaneity translates into her collage process. It engages her to instinctively respond to materials for shape, texture, line and colour. At the same time, the element of juxtaposition in collage allows Vanessa to create contrast through the placement of paint and the variance of her mark making. It is the fluid movement between chance and control that attracts her to examine both disciplines.

“In Scrapyard Chronicles, Vanessa Lam utilizes mixed media assemblage to explore urban environments and everyday objects. Vanessa Lam’s use of a traditional color palettes (ochres and siennas), burlap, found papers and newspaper clippings visually echoes the collage work of Pablo Picasso and Georges Braques whose collage works had an incredible influence on western modern art. However unlike Picasso and Braque, Lam includes color digital photography, and expressionist gestural painting to her mixed media works.  Refuse under Lam’s care becomes the precious subject of her mixed media collages, when she takes her camera down to the local scrapyard gleefully documenting what society would rather not see, the excesses of western culture fueled by its gratuitous waste. Lam demonstrating the well-known cliché that “one persons trash is another persons treasure” juxtaposes degraded materials with the heroic tradition of painting. Playing with the signs of western art history and the local scrapyard, Lam is able to create inventive tableaus, which confound those two very different value systems. Working with societal residue Lam’s work defies the assumption that art should explore only heroic themes like life, death, state and religion.  In treating everyday mundane objects preciously the viewer is asked to reconsider the significance of everyday rituals and the forgettable things that surround us.”

Vanessa Lam lives and works in Vancouver, British Columbia as a mixed media painter. She is the Vancouver Regional and Grand Prize Winner of the 2017 Bombay Sapphire Artisan Series. As part of her award, she collaborated with Artsy to have her first solo exhibition in New York. Vanessa completed a one month residency at Takt Projektraum in Berlin, Germany. Her work was featured in Create Magazine and Uppercase Magazine. She has also exhibited and sold her work at various public and artist-run galleries in Vancouver and internationally. 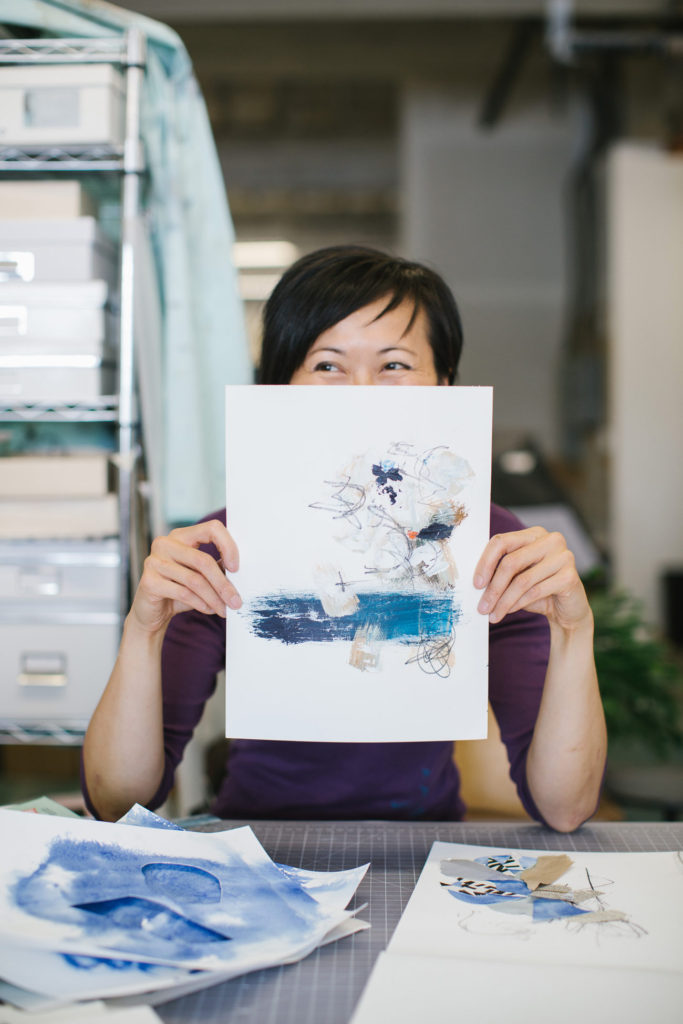