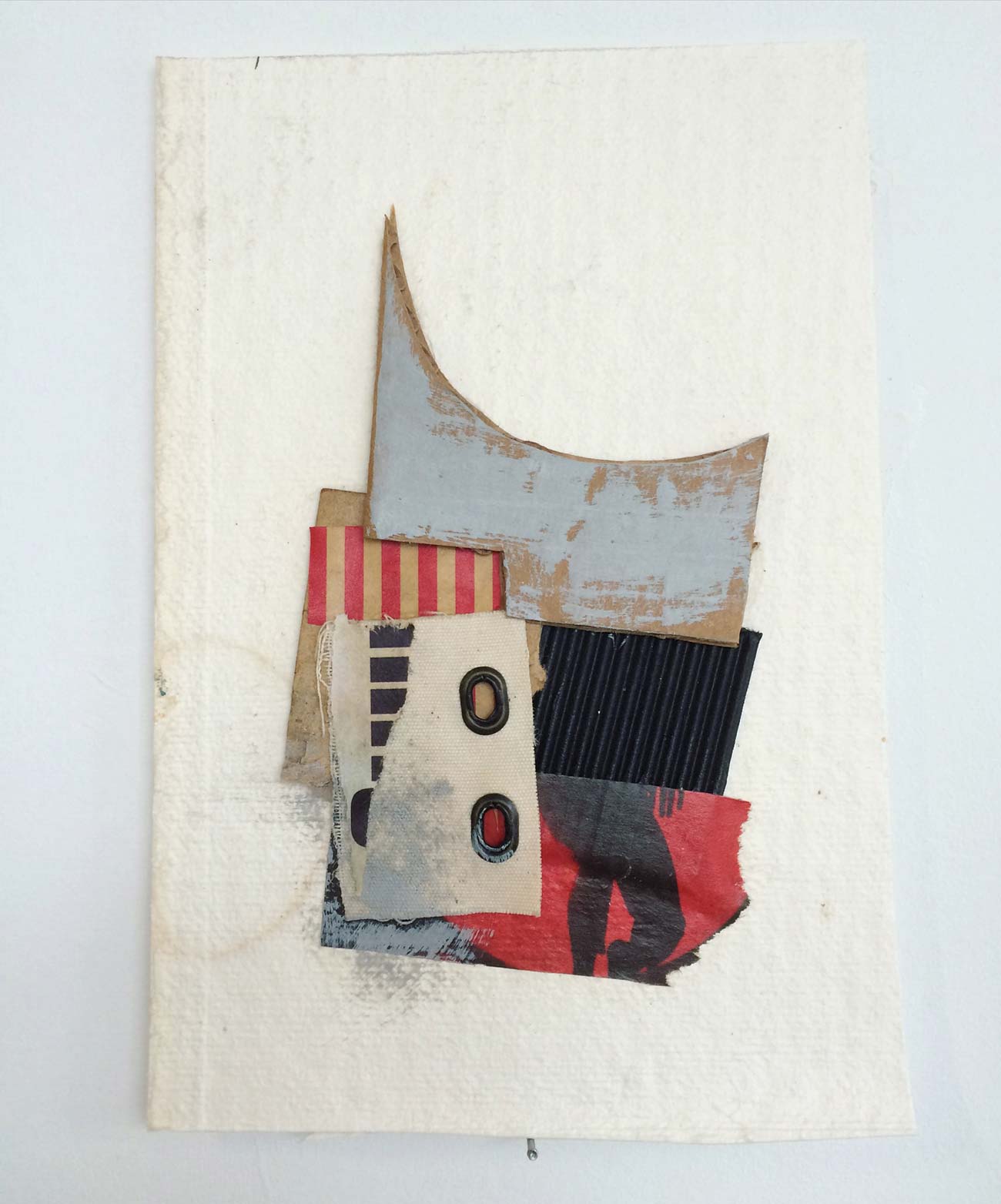 Since the beginning of the year, it’s been a challenge to get in large blocks of time at the studio as I have had to work longer hours in my day job.  So nowadays I’ve been trying to squeeze in around one hour in the studio early morning or at the end of the day. In order to feel like I’m making the most of my time, I push myself to try “finish” making something. 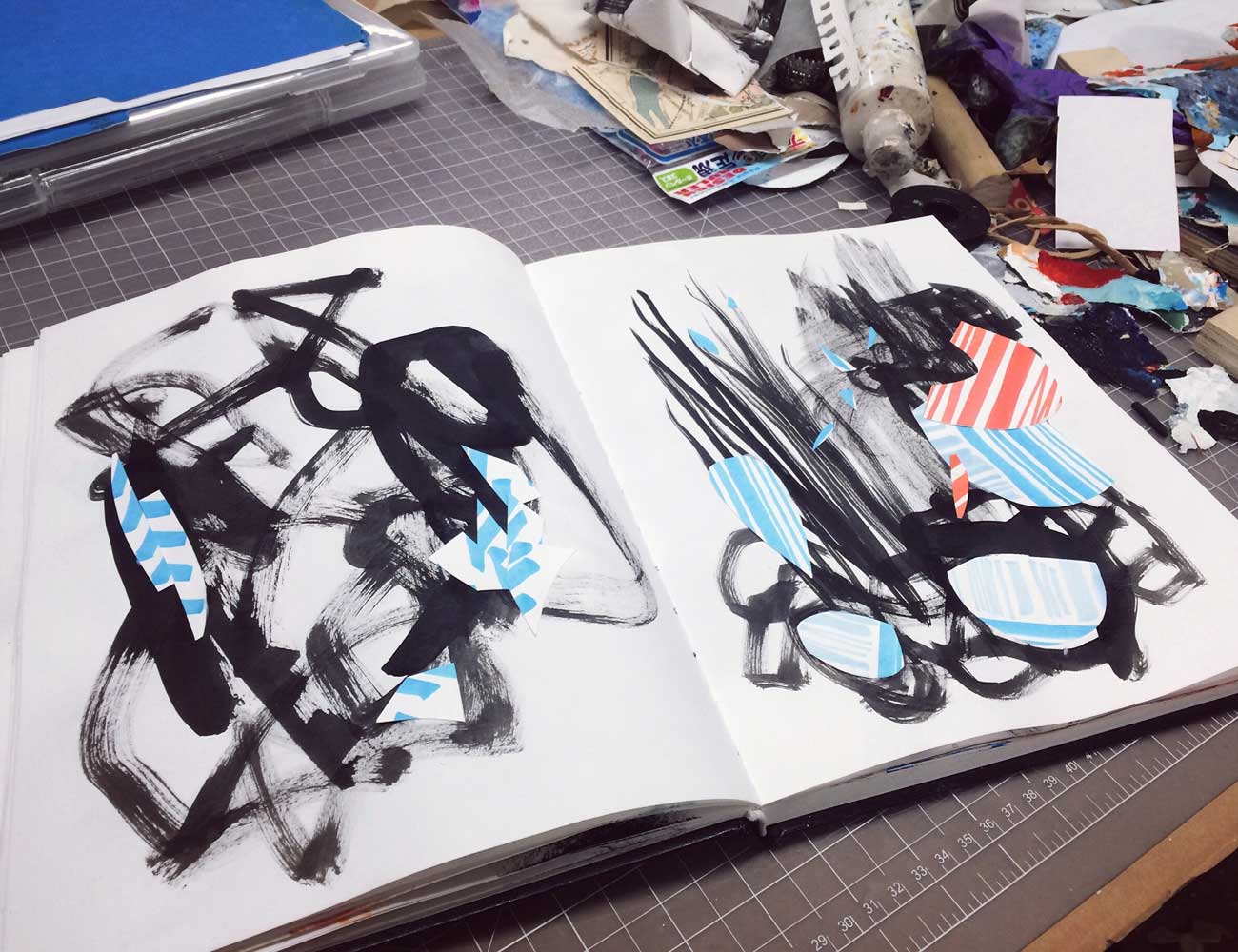 I’ve using my sketchbook more to try out ideas and not have to worry whether they turn out or not. But I feel a little freer working outside the sketchbook. What I decided to do is make some small paper collages. Somehow having a one hour time limit helped me to focus me more. I had to make decisions faster which included limiting the types of materials to choose from at one time. 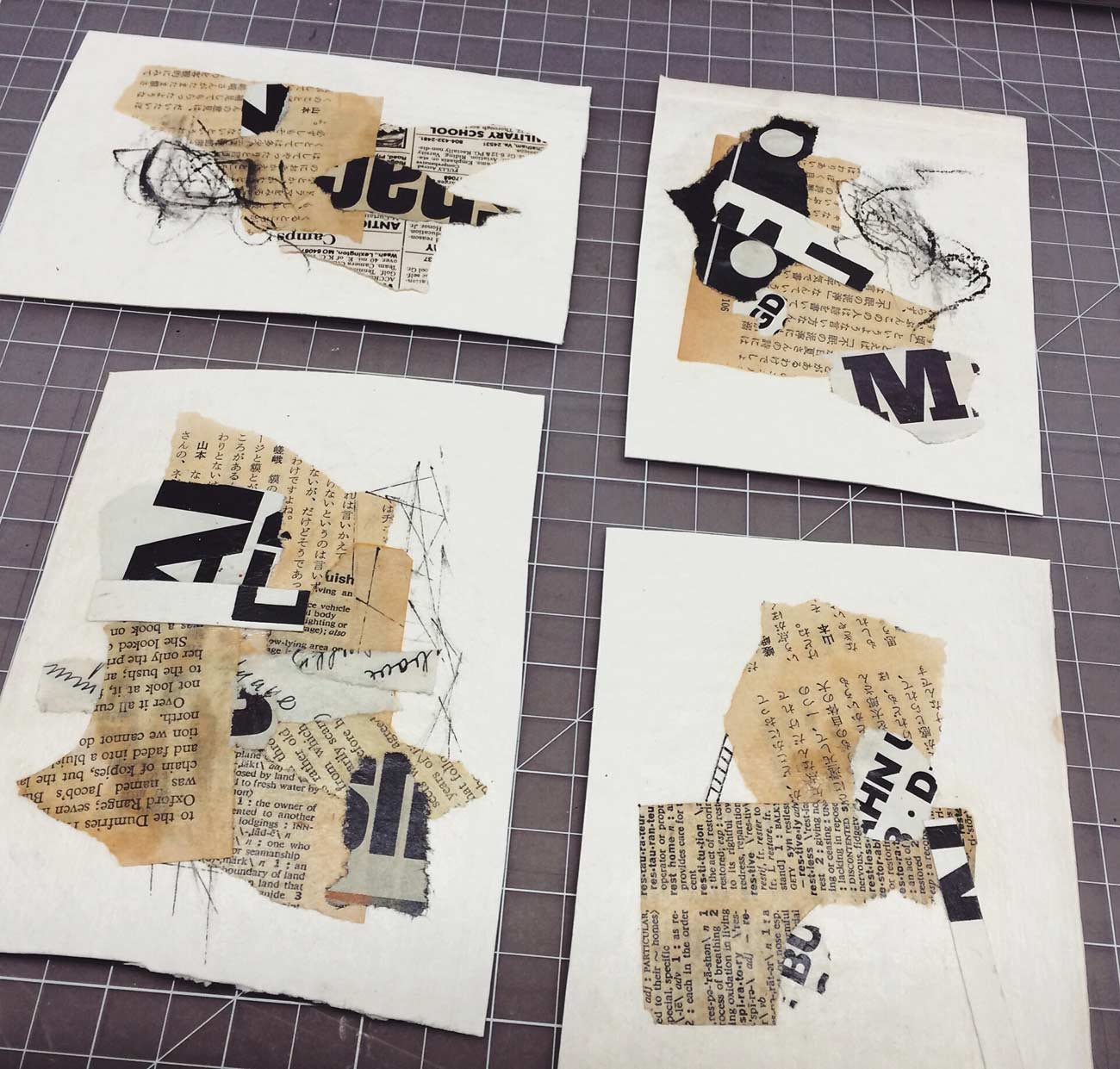 One night I laid out four pieces of blank scrap paper to see if I could work on four collage variations at one time. Normally I just work on one piece at a time but working on multiple pieces in one go really helped me see more possibilities in each one.  I could see how one piece would speak to another and then trigger another response to yet another piece. In the end, it was very satisfying to have made 4 collages instead of only one in a short period of time.  It also felt great to know that I could work this quickly. 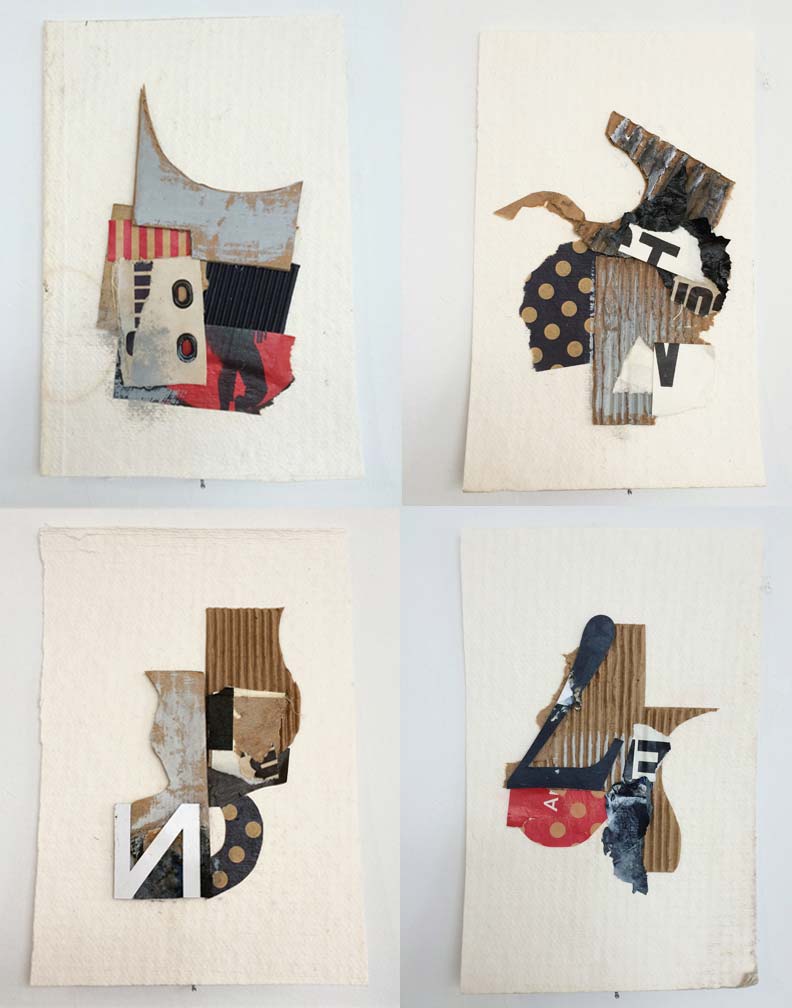 The next four collages, which are pictured above, were based on cardboard scraps and patterned paper. I liked them so much that I tried to do a quick gestural painting based on two of the collages. I’m not sure it has the same presence as the original collage itself being that it is all on the same plane. I’ll share the images in my next post. But it did give me the idea to try my hand at making large paper collages. 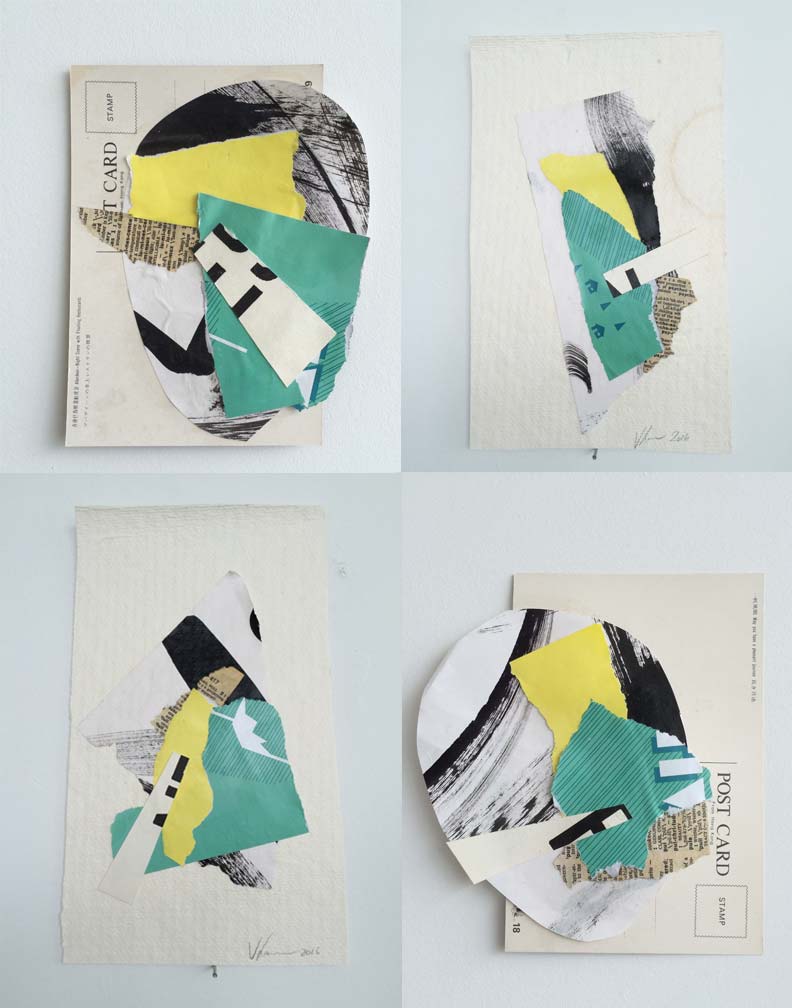 In the last series pictured above, colour play was my focus. I found some bright green and yellow magazine cut-outs to start with. For the last two collages, I ran out of scrap paper for the backing and so made the collage extend over the edge of some old postcards.

Doing these exercises gave me a break from some of the challenges of painting fine detailed work and working at a much slower pace. Now I need to get back to my painting projects!