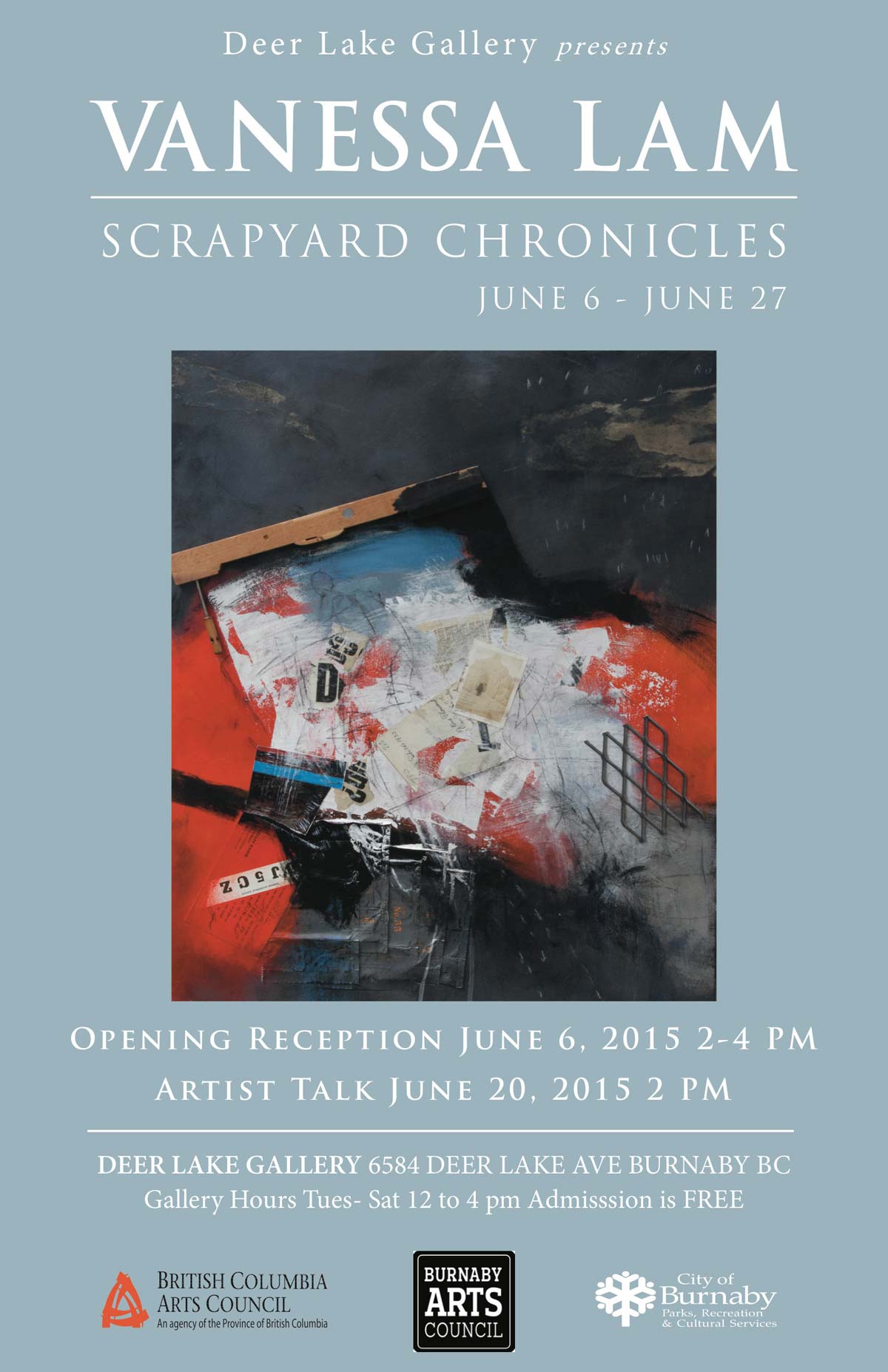 I am excited to exhibit a new series of work that I have been working on for the past 7 months. The basis for this series was conceived after visit to a local scrapyard. It led me to think about the stories of where these objects had been. I became intrigued with the idea of visually illustrating each object’s story as if it came from a page of its own journal. 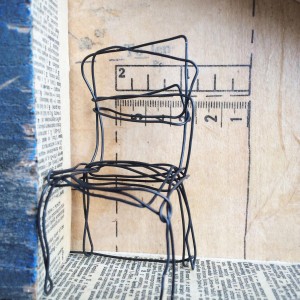 Using photos taken at the scrapyard, each painting is an interpretation of a journal record, weaving together text, photographs and found objects. The images posted are from my Instagram page showing my paintings in progress. 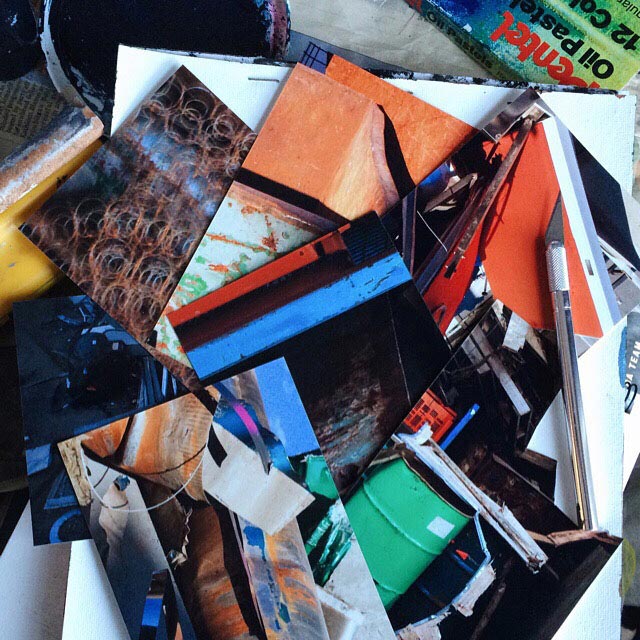 I have been experimenting with using more paint as my main vehicle for layering while pulling back on the collage elements to see if I could still create enough depth. I wanted to challenge how I approached my work and as a result there have been many pleasant surprises along the way. 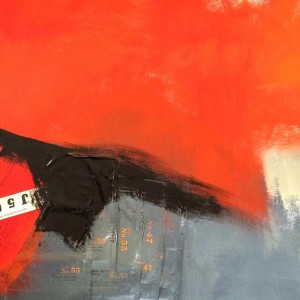 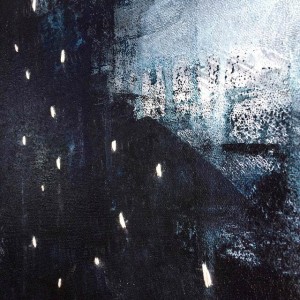 Painting on paper has really helped me be more spontaneous and allowed me to take more risks than I would normally would painting on wood panels. Much of my “experiments” were also influenced through taking a recent painting workshop led by a local artist Lisa Ochowycz. 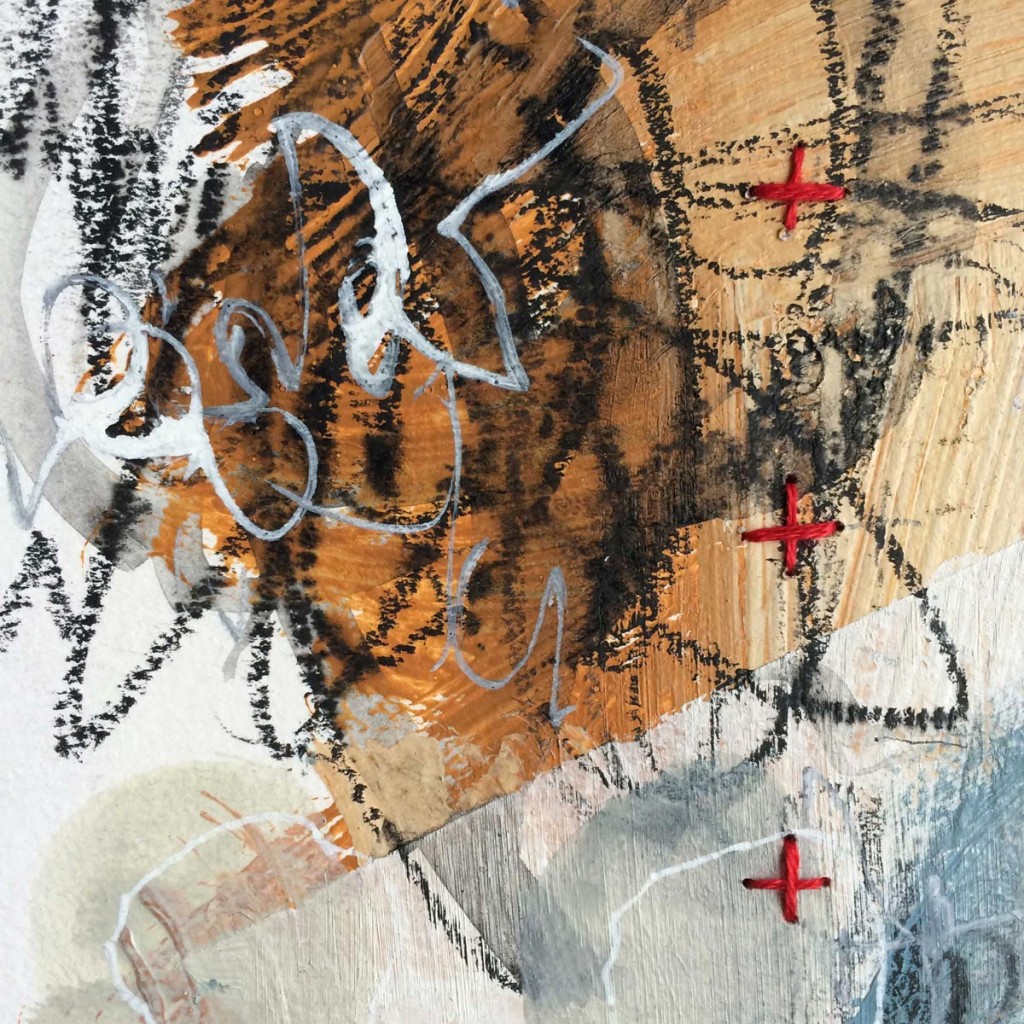